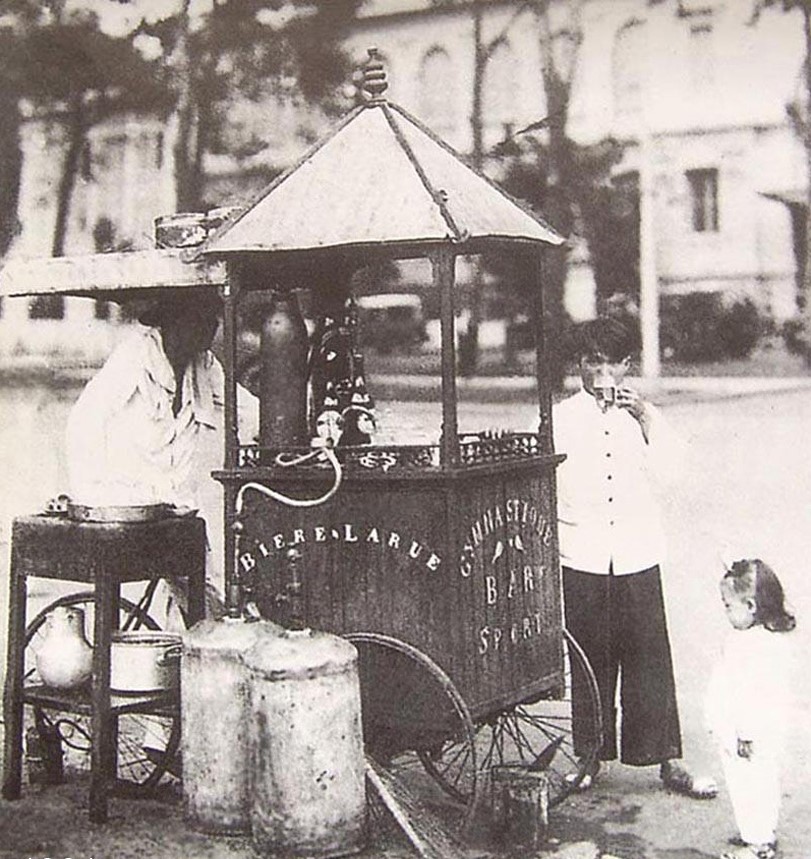 When we opened our first spot in 2015, finding craft beer in Hanoi was as hard as getting your hands on a proper burger. But all has changed: the capital’s craft beer scene has made a name for itself, and it’s just getting started…

Whether consumed on a small stool with ice on the street, a generic lager from a bottle, or from a chilled glass in a taproom, Vietnam’s appetite for beer is insatiable.

At Chops we’re all about championing local talent, that’s why we’ve got a rung of guest beer taps at every restaurant, showcasing local brewers. It’s the ideal choice for anyone hoping to try the best beer throughout the country, along with a bangin’ burger.

Now, we want to show the world-standard craft beer we’ve got on our doorstep.

While Saigon may have managed a head start on the craft beer market, the original product originated right here in Hanoi. Like with bread and mass illiteracy, the colonialist French can be thanked for beer in Vietnam.

It all started back in 1890 with Alfred Hommel. His goal was to satisfy the beer desires of French and Vietnamese, alike.

After the French left the north following the Battle of Dien Bien Phu in 1954, the Hommel Brewery became a treasured possession of the new government. It became the official Hanoi Beverage Company (Habeco), and would go on to create affordable beer for the masses including the well-known favourites of Hanoi, Truc Bach and the Hanoi’s evergreen bia hoi.

Such beers have become a staple of most Hanoian diets, and it would be hard to imagine the city without them.

In an interview with the Saigoneer, Le Huy Van, creator of the iconic thick, bubbly, recycled bia hoi glass, affectionately explained what beer really means to Hanoi. “More often than not,” Huy explains:

“Hanoians love drinking beer, not because of its taste, but because they’re fond of the ambience of the pavement: hanging out with their best buddies shooting the breeze amidst a sweltering afternoon after finishing work.”

The New Beer of Hanoi

The challenge for craft brewers is translating this love from 7K a glass to 70k, and trying to explain the purpose of quality over quantity.

He started in Vietnam in 2016, just a few months after Pasteur Street in Saigon, and has been present throughout Hanoi’s craft beer boom.

“When I first started, people asked me what kind of beer it was,” Cuong tells us. “They were used to drinking yellow beers, and suddenly I was asking them to try something brown and hazy.”

The tests, however, proved a success, and Cuong took his first batch and headed to Ete, a small bar in Hanoi’s Ba Dinh district. He sold out in half an hour. Hanoi was clearly thirsty for craft beer.

There were, however, still minds to be changed. Cuong explains that when he first opened up his outlet in Old Quarter, 90% of his customers were foreigners. “I had to stand there for eight months convincing people that craft beer was different from industry beer,” he tells us.

But it worked. Cuong says that now around 70% of his customers are locals, with an ever-rising number of young people, who, he states, love the stuff.

Now with seven Hanoi-based brewers with breweries and taprooms within the city limits, it is safe to say that Hanoi has successfully embraced the craft brew. We see it every day, a relative boom in the amount of people drinking it, and we couldn’t be happier.

Coming from the opinion of restaurateurs, there is one thing that we are absolutely sure of, and that is that Hanoi is a city of flavours. Strong, punchy, sometimes stomach churning, but always distinct.

While its beer may not fill into all of the categories above, it certainly remains unique. Brian McDonald of Taste of Hanoi has been running craft beer tours of Hanoi since 2016, and has been on the ground throughout its drastic change.

Brian tells us that the flavours and essence of Hanoi’s craft beer makes it stand out from Saigon. “The breweries across Vietnam always try to be uniquely Vietnamese,” he explains.

“Be it the coffee beans, vanilla, apricots, or uniquely Hanoian ingredients like mulberry sour or pho beer at Furbrew.”

This is where Vietnam stands out in the craft beer crowd, the fresh, easily sourced ingredients available throughout the country.

Alex Violette, a born and raised American and Co-Owner of Pasteur Street in Saigon, tells us that you’ll find a lot of breweries in the states using tropical beer, but when they opened up their now iconic brewery in Vietnam, there were almost no breweries in the tropics!

“We had to grind ourselves geographically,” Alex tells us. “It’s widely known that Vietnam has the best ingredients in the world, so we said to ourselves, let’s not just do a saison, let’s put black pepper and ginger in it.”

Alex and his team went on to lead the way in Saigon’s craft beer scene, with their pioneering Pasteur Street taproom with between 10 and 15 beers on draft at any time. Alex explains:

“It helps us tell the story of the beer about how you use local ingredients, about why you’re in Vietnam. We’re here for the food and drink, we’re here because you can grab some of the freshest dragon fruit in the world and go to Marou farmers to get your cacao.”

Alex continues to explain that it’s not just the availability of fresh ingredients that makes this beer uniquely Vietnamese, but his diverse team too.

“There are six people on our team,” he explains. “But only one of them is from the west. We’re always bouncing ideas off of each other. Many of the local guys come from major brewing companies, so they know the technical elements, but they’ve never had craft beer. When you combine their knowledge, their interest in craft beer and their experience with local ingredients, you get this creativity, where light bulbs are constantly going off.”

While Vietnam’s capital city may have been a little late to the scene, brewers within the country are in agreement, Hanoi’s crafty future is looking bright.

From the opinion of a brewer in southern Vietnam, Patrick Davenport, owner of Fuzzy Logic, tells us that he’s excited to watch Hanoi’s craft beer scene develop, in part, because the Hanoi community appears to appreciate quality. “I think Hanoi has the potential to be bigger than Saigon,” Paul explains.

“I think Hanoi has its own character.

“The weather creates more seasonality than in Saigon. For example, heavier beers like stouts are a favourite in Hanoi in the winter. This is not the same in Saigon. In general, the Hanoi public seems to have a more developed palette.”

From where we sit, with our selection of craft beers, we’ve witnessed a boom in the scene. Opening up within a few months of Pasteur Street, we were the first people to convince Alex and the gang to send their beers all the way up here to Hanoi.

With the likes of Standing Bar, Three Blind Men and The Bottle Shop also dedicated to championing the supply and enjoyment of craft hops in Hanoi, we’re excited to see what’s next for beer in the capital city.

READ MORE: AROUND THE WORLD IN 8 BANGIN’ BURGERS

READ MORE: THE CHOPS GUIDE TO TINDER DATES IN HANOI